The Cell Technology website has recently been updated - please refresh your browser cache for a more optimal performance.

Apoptosis – cell death – is an incredibly common and important part of the cell life cycle. In fact, for an average human, approximately 25 billion cells undergo this process in the body every day. However, cell death may happen for unnatural reasons as well. Overactive apoptosis sometimes occurs during certain viral infections such as HIV, prompting an imbalance in the number of cells dying versus the number of new cells growing. Because of this, it’s imperative for scientists to have a way to detect and track instances of cell death. They do this with caspase assays.

In the beginning stages of cell death, certain enzymes called caspases are activated. These caspases play an integral part in the death of a cell, as they act as initiators of the entire process. Upon activation, caspases act by cleaving a specific protein substrate (called PARP) that signals the disassembly of the cell. Therefore, by detecting the live activity of these caspases, scientists can track cell death in real time. 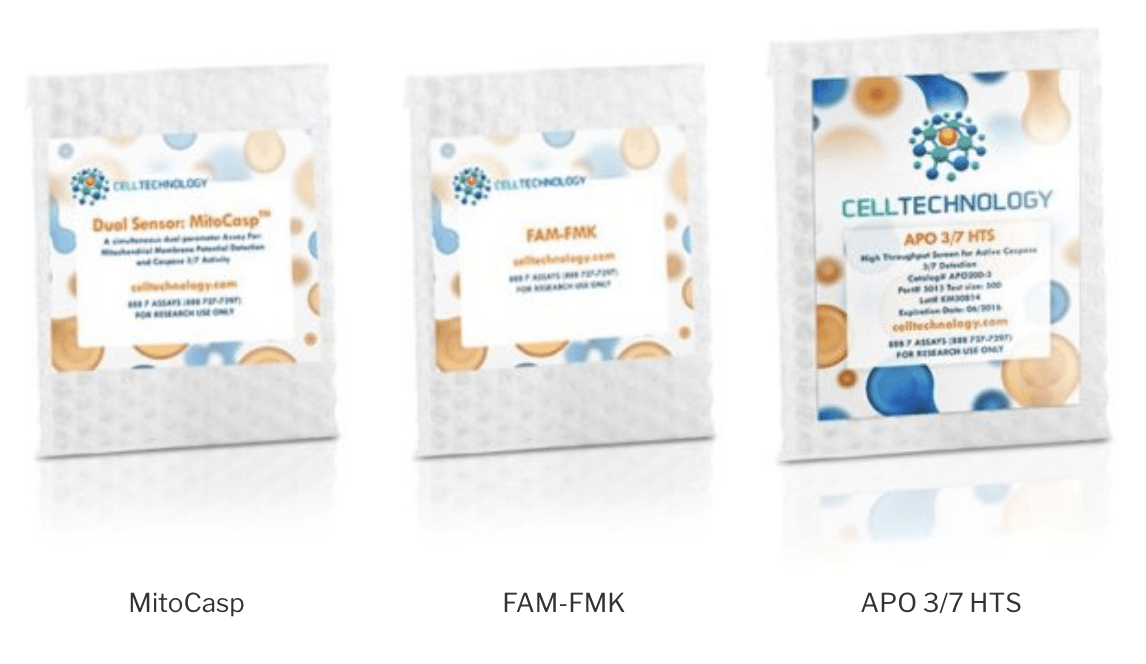 At Cell Technology, we offer a selection of Caspase Assays for Apoptosis Detection. Check out our selection here, or reach out today to talk to a trained professional.